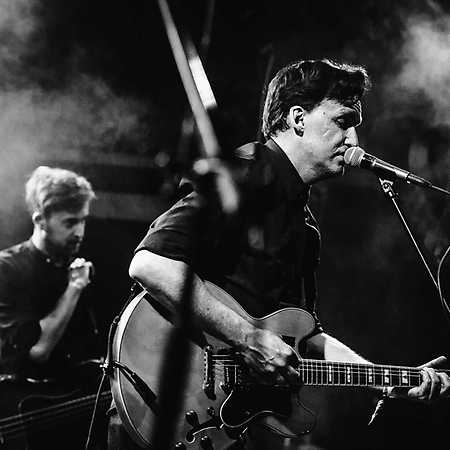 Sophia is the band project around singer, guitarist and producer Robin Proper-Sheppard.
After bassist Jimmy Fernandez of his former band The God Machine died and the band dissolved, Proper-Sheppard founded the band Sophia under his own label Flower Shop Recordings. But it is rather a Proper-Sheppard band project that is tailored to its compositions. The first releases such as Fixed Water (1996) and The Infinite Circle (1998) were recorded with other artists from the Flower Shop label. The current line-up sees itself more as a band collective that includes a larger group of musicians.

With the album People Are Like Seasons, released in January 2004, the musical spectrum expanded more towards The God Machine – but with noticeably less melancholy, without harder guitars and with some electronic details. The album also included some mid-tempo rock songs. One example is the first piece Oh My Love, which was also the first single and became a minor charter success in some countries. The band had previously signed with the Berlin label City Slang. A tour followed in the first half of 2004. Several pieces by Sophia were used in the film Absolute Giganten.

In 2009 the band released their fifth studio album, There Are No Goodbyes. More music from Sophia can be found on _As We Make Our Way (Unknown Harbors) _ (2016) or The Valentine’s Day Session (2019).