About Sons of Kemet

Sons of Kemet are a British jazz group formed in 2011 that consists of Shabaka Hutchings, Tom Skinner, Theon Cross, and Eddie Hick. Seb Rochford quit Sons of Kemet in late 2016. The group uses saxophone and clarinet (Hutchings), tuba (Cross), and revolving cast of two drummers (Skinner, Hick) to make their music and plays a mixture of jazz, rock, Caribbean folk, and African music. Cross replaced Oren Marshall on tuba. Sons of Kemet won Best Jazz Act at the 2013 MOBO Awards. On 9 September 2013, Sons of Kemet released their debut album Burn, which received the Arts Desk Album of the Year 2013 and a nomination for Gilles Peterson’s Album of the Year. Their next album Lest We Forget What We Came Here to Do received the same nomination for the year 2015. On 30 March 2018, Impulse! released the band’s third album, Your Queen Is a Reptile. It was nominated for the 2018 Mercury Prize. 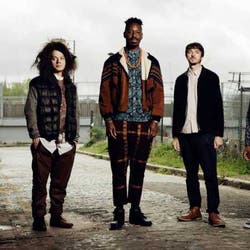 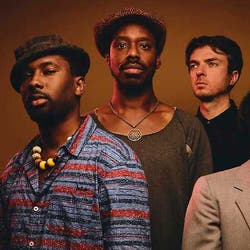 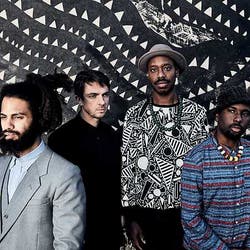 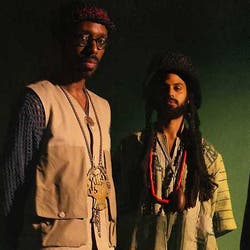