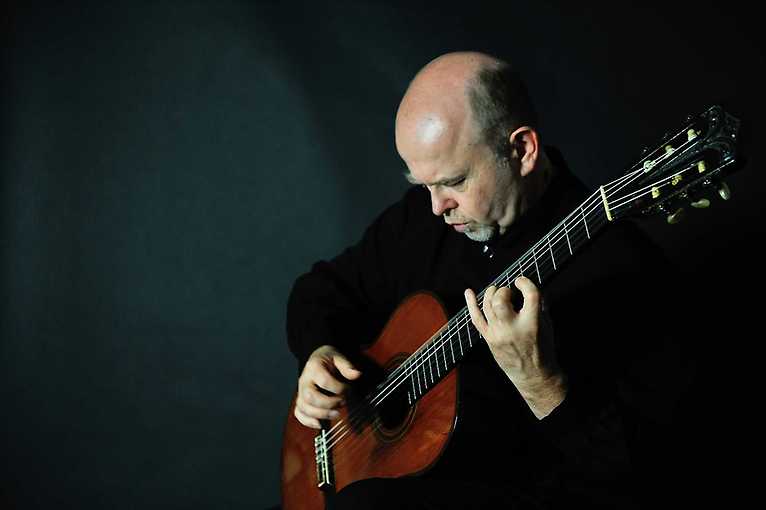 Pavel Steidl is a world-class guitar virtuoso. Pavel Steidl comes from Rakovník and he started playing guitar at the age of eight. He studied at the Prague Conservatory where Milan Zelenka and Arnošt Sádlík taught him. Pavel Steidl continued his studies at the Prague Academy of Performing Arts under the artistic direction of Štěpán Rak. In addition to classical studies, Pavel Steidl gained experience by visiting master classes, for example, with David Russell and Abel Carlevaro. Pavel Steidl became the winner of the prestigious Radio France de Paris competition in 1982. He has performed in over thirty countries and is a regular guest at many foreign guitar festivals. In 2003, the Italian magazine Guitart ranked him among the 8 most important guitarists in the world. In 2005 he received the Classical Guitar Award. Currently, Pavel Steidl teaches at HAMU. His performing arts are portrayed on the following albums: Musical Youth (1983), New Creation Week (1984), Pavel Steidl Debut (1985), Guitar/18th and 19th Centuries (1993), Masters of the Czech Classical Guitar (1994) ), When My Legs Lean One Month (1994), Cantabile (1995), L. Legnani – 36 Caprices Op. 20 (1998). Pavel Steidl’s concert is an accompanying program of an international meeting of classical guitar teachers – Prague Guitar Forum.

Pavel Steidl  And You Go To Ithaca, Too?