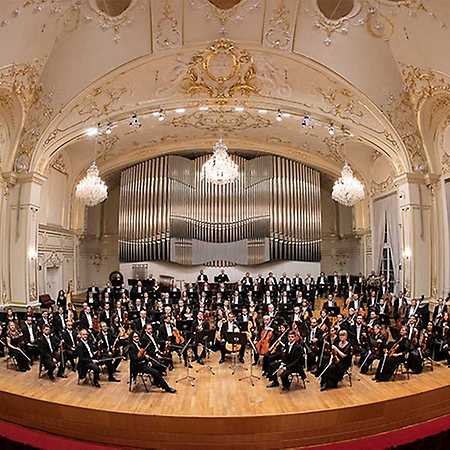 The Slovak Philharmonic Choir is Slovakia’s leading representative of the art of professional choral singing. Since its founding in 1946, the ensemble has earned a place among Europe’s elite choruses, as is confirmed by its collaborations with important conductors (Claudio Abbado, Fabio Luisi, Lorin Maazel) and its regular guest appearances with orchestras abroad (Berlin Philharmonic, Vienna Philharmonic, Israel Philharmonic etc.). The choir appears at important international music festivals (Athens, Berlin, Edinburgh, Madrid). It last appeared at Prague Spring in 2012 with an a capella programme, which received reviews in which critics did not hold back in their use of superlatives. For this and other reasons, it was chosen for the performance of Penderecki’s monumental symphony, in which the difficult choral part plays a key role. Since the 2013/2014 season, the ensemble’s choirmaster has been Jozef Chabroň.