Skunk Anansie are a British rock band formed in 1994, disbanded in 2001 and reformed in 2009. The name "Skunk Anansie" is taken from Akann folk tales of Anansi. They have released numerous studio albums and hit singles, which include Charity, Hedonism, Selling Jesus and Weak. They are often grouped as part of a Britrock movement, running alongside Britpop. The band, in 2004, was named as one of the most successful UK chart acts between 1952 and 2003 by the Guinness Book of British Hit Singles & Albums, with a total of 142 weeks on both the singles and album charts ranking them at No. 491. In September 2018 the band announced they’d be releasing the very special live album 25LIVE@25 through Republic of Music, in celebration of their forthcoming 25th anniversary. It was released 2019 and features 25 tracks taken from across their six studio albums, which were captured live from various performances on their 2017 tour. Continuing the 25th anniversary celebrations Skunk Anansie toured Europe throughout the summer of 2019, headlining festivals and their own shows, finishing with a string of UK shows. Across the UK and European media the importance of the band in today's culture has been given renewed prominence. The UK media have embraced the band once more with Skin, lead vocalist and guitarist, appearing in interviews for the likes of Channel 4 News, Newsnight, The One Show, ITN, and Radio 2 discussing current political and social issues. The band have also been hailed as one of the most important rock bands of the modern age rock across a broad spectrum of UK press titles, and were the recipients of the Hall of Fame Award at the 2019 Kerrang! Awards. 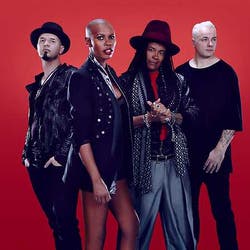 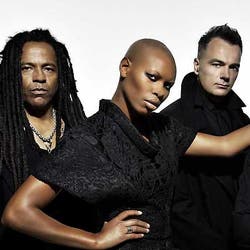 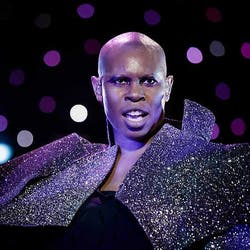 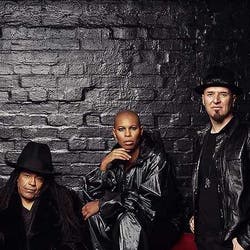 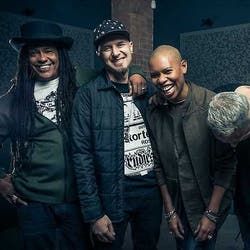 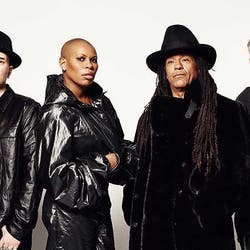 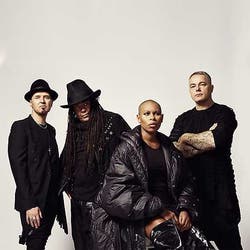 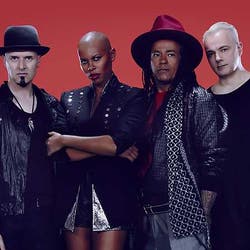