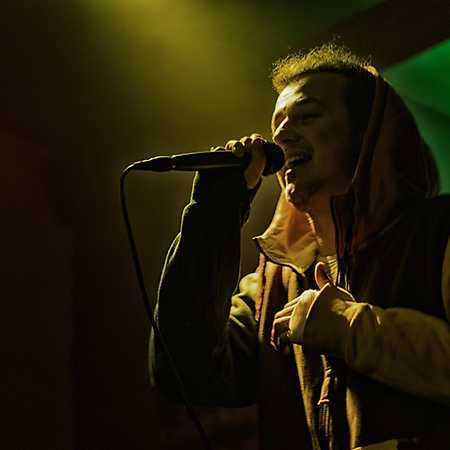 Simon is a vocalist, mc, dj, announcer and promoter of Jamaican culture in Krakow. Associated with Jah Vesta Soundsystem since 2017. Previously, he conducted Reggae Jam radio program on RMF FM/eLO RMF. He performs widely understood reggae and dancehall music. Lover of Jamaican culture, surf music and dancehall. Winner of the first in Poland Clash of vocalists during Reggae Na Piaskach, he performed at the biggest Polish festivals Ostróda, Regałowisko, or the Warmest Place on Earth. During the first edition of Burning Sun Festival he shared one stage with Jahdas and Pozyton Sound. He has also hosted such events as Hip Hop Fiesta, Color Festival and United Lions Reggae Fest. Since 2017 he has been collaborating with Jah Vesta soundsystem, as well as with the singer Grabsky.