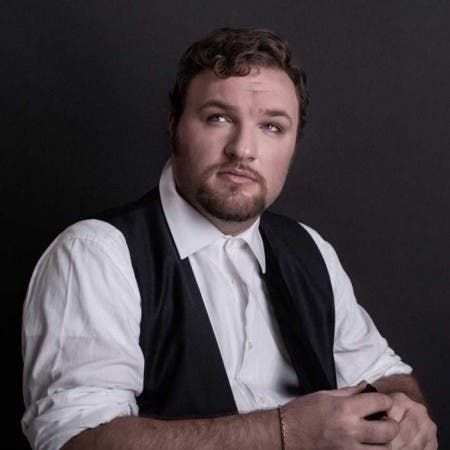 Italian baritone Simone Piazzola won second prize in the 2013 edition of Plácido Domingo’s prestigious Operalia Competition. The 33-year-old singer receives frequent invitations from major opera houses. In 2014 he made his debut at Milan’s La Scala (as Luna in Il trovatore), followed by first appearances at the Vienna State Opera (as Amonasro in Aida) in 2016; New York’s Metropolitan Opera (as Marcello in La bohème) and London’s Covent Garden (as Posa in Don Carlo), both in 2017. In the coming months he will be creating the roles of Renato (Un ballo in maschera) and Giorgio Germont (La traviata) at the Bavarian State Opera in Munich; or Enrico Ashton (Lucia di Lammermoor) and Marcello (La bohème) at Dresden’s Semper Opera, among other commitments.