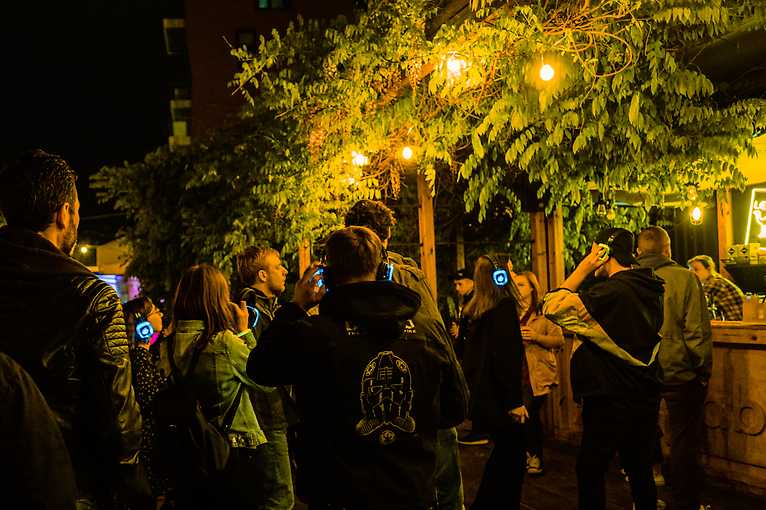 Silent Disco returns to the Vistula. Raps, hits and disco will be played by Glass Hunters and Yo! Babie Raps! Glass Hunters is the world’s first disco boy band, Jan, Antoś and Piotr. They play music from five decades, they don’t follow any diet and they rock more than rap. Hiroszea is a veteran present on the club scene since 2003. He used to be a resident of legendary Warsaw clubs: Aurora, Jazzgot, Le Madame and Jadłodajna Filozoficzna. A wide cross-section of independent and more popular music. Years and genres do not matter. He mixes everything from Frank Sinatra to Prodigy.