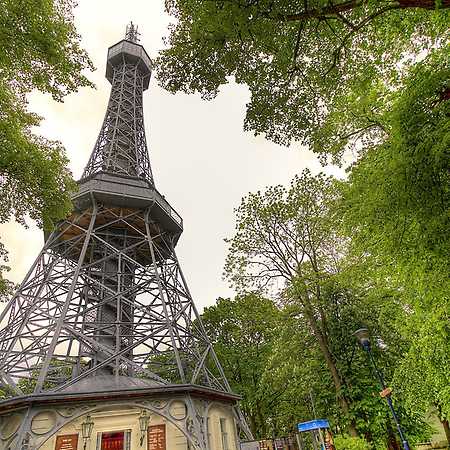 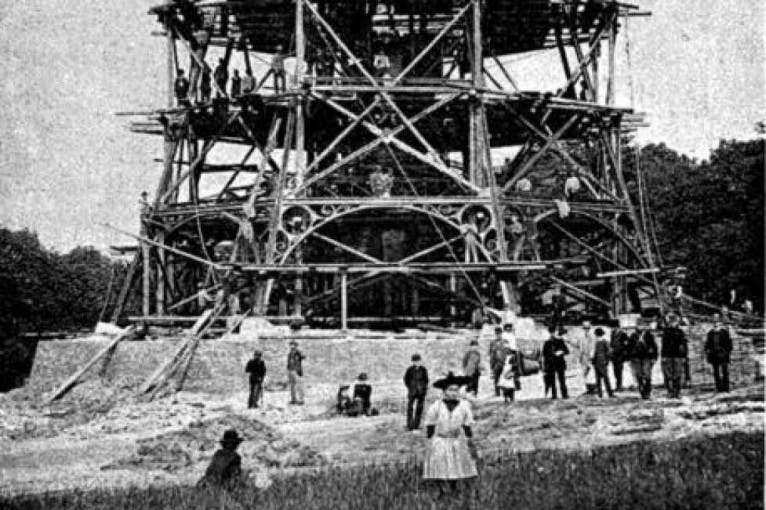 The lookout tower was built for the Earth Jubilee Exhibition in 1891 at the instigation of the founders of the Club of Czech Tourists: Dr. Villema Kurza and the arch. Vratislav Pasovský. For the construction of the tower, inspired by the project of the Paris look-out tower, Mr. Eiffel, the Petřín hill and the location at an altitude of 318 m were chosen.

The construction was commenced on March 16, 1891, according to the design of arch. Vratislav Pasovský, the authors were Ing. František Prášil and Ing. Julius Souček from the Českomoravská strojírna. The opening ceremony took place on the 20th August of the same year. The foundations of the tower were laid 11 meters deep and built on them a 63.5-meter-long steel structure weighing 175 tons. The core of the structure is an octagonal tube in which a lift is located, around which two staircases with 299 stairs – one for walking upwards, one for walking down. The whole structure is vented by elements of the shape of the Holy Cross crosses.

At the beginning of July 1938, a fire broke out at the top of the lookout tower, the cause of which was probably an electric short-circuit in the elevator cabin. From 1953 to 1992, the tower served as a television transmitter. Today it is used only as a lookout tower. The observation tower has two observation platforms, the upper one at an altitude of 55 meters. The ground floor and the basement of the tower form a brick building in Neo-Renaissance style.