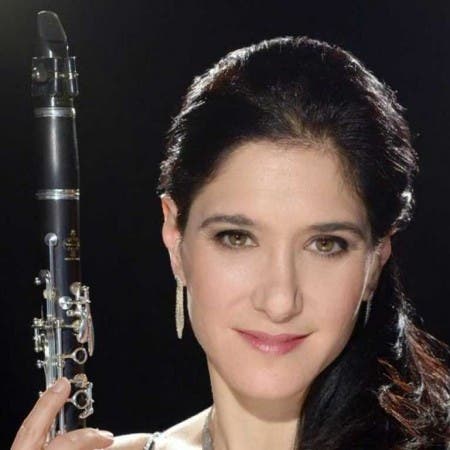 The Israeli clarinettist Sharon Kam is a graduate of the Juilliard School of Music, where she studied with Charles Neidich. She made her orchestral debut at the age of sixteen with the Israel Philharmonic and Zubin Mehta. After winning the ARD International Music Competition in Munich in 1992, she began receiving invitations to perform with the most famous orchestras of Europe, the United States, and Japan. On the occasion of the gala celebration of W. A. Mozart’s 250th birthday, she played his Clarinet Concerto in A Major on a live television broadcast that was seen in thirty-three countries around the world. She devotes herself intensively to chamber music in collaboration with Heinrich Schiff, Christian Tetzlaff, and Leonidas Kavakos. She is a dedicated promoter of contemporary music, having given the world premiere of Krzysztof Penderecki’s Concerto for Clarinet and String Trio, for example. Besides the classical and modern concert repertoire, she also occasionally performs jazz.