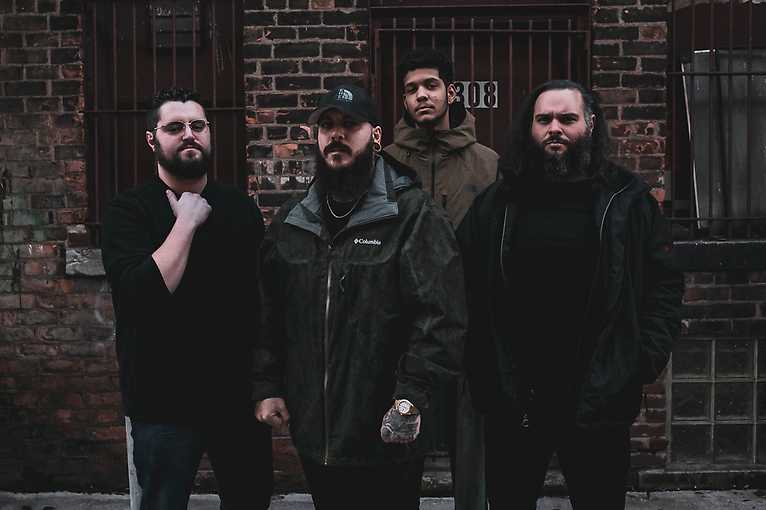 A joint concert of four deathcore bands from outside of Europe.

Shadow of Intent is an American metal band based in New England originally formed by Ben Duerr and Chris Wiseman in 2014. The band continues to release their music independently including their first album Primordial (2016), second album Reclaimer (2017) and most recently their latest work Melancholy (2019).

Aversions Crown is an Australian deathcore band from Brisbane which was founded in 2010. The band was founded in 2010. In 2011 appeared the debut album Servitude, which was produced by Andy Marsh of Thy Art Is Murder and mixed by Mark Lewis (Whitechapel, Carnifex) at Audio Hammer. Then the label Nuclear Blast became aware of the group and signed them. Their second album Tyrant appeared in 2014. For the song Hollow Planet also a music video was created. So far, the group had played performances in Europe and Australia along with Thy Art Is Murder, The Acacia Strain, Oceano, All Shall Perish and Cattle Decapitation. She also took part in the Warped Tour.

AngelMaker is a 6 piece (Melodic/Deathcore) band based out of North Vancouver, BC, Canada. They debuted in 2012 with the EP Decay and a year later went on to record a split with Isolations and Lament. They create a brutal and melodic brand of metalcore.

The Last Ten Seconds Of Life is an American deathcore band hailing from Pennsylvania. The band, named after a Smiths song, emerged in 2010 and has since became a major name in the region’s heavy music scene. Their sound is emotionally charged, aggressive and heavy, with influences from beatdown hardcore and alternative metal.