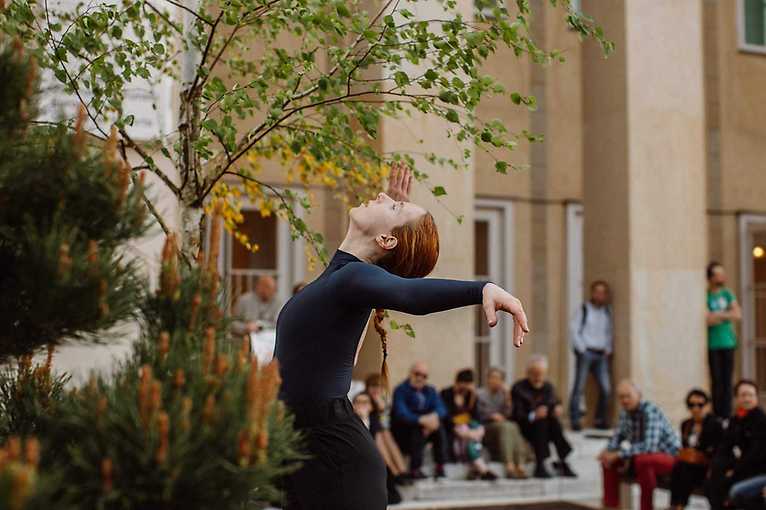 The first thoughts around this project are embedded in the portrait of Pola Nireńska, dancer and choreographer, a Polish Jewess who, despite her entire life being a step away from the Nazis, has never escaped the memories of the Holocaust, persecuted by its experiences. The Holocaust, which became a inconceivable experience for humans, likewise turned out to be a breakthrough for the natural environment.

The Nazi genocide involved far-reaching ecocide. It can not be denied that not only as a result of extermination operations, but also preparatory nature suffered with humanity. Destruction of the environment is our contemporary annihilation. Just as during the Holocaust, today nature is once again an eco-witness of human destructive aspirations, as well as its victim. Over 70 years after the Nazi crime, we see before our very eyes how the ecological crisis is developing. Scientists say that without changes to our policy in 70 years, most of us will not be here anymore. Holocaust at a slow pace, and therefore less noticeable to the public.

As a generation born many decades after the Holocaust, with this project we are not daring to situate ourselves within this history and a story of Pola Nireńska. We cannot express this horror, pretend we understand it. Nevertheless we trust we still can and we shall learn from it, with this knowledge confronting our contemporary individual and collective stories.

The artists’ focus on Pola Nirenska was spurred by a competition for a dance performance inspired by Nirenska, opened by the Adam Mickiewicz Institute in partnership with the Institute of Music and Dance. On the centenary of regaining independence, Poland has launched the project Choreographic Territories – New Paths for the Avant-garde open to young dancers and choreographers inspired by the world icons of choreography of Polish descent. Second Nature is the second production in the series after The Yanka Rudzka Project: Polyphonies. In the coming years, participating artists will create choreographies inspired by Bronislava Nijinska and Marie Rambert. The objective of the project is to rediscover and support contemporary dance in Central and Eastern Europe. Each new production is presented in selected countries of the region.

Second Nature has been developed in coproduction of the Adam Mickiewicz Institute, the Institute of Music and Dance and HELLERAU as a premiere for Erbstücke.