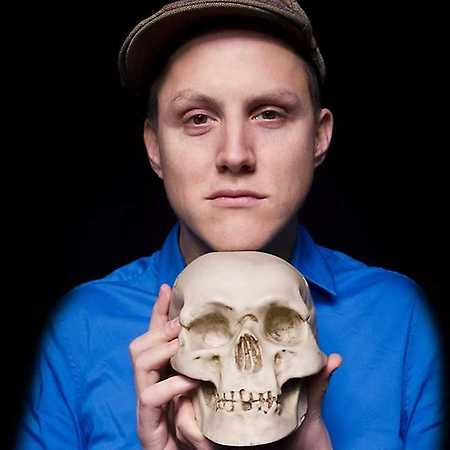 A best-selling author, a poetry slammer, a studied philosopher, and a guitarist come to a bar. This could be the start of a rather mediocre joke, if not all four people were Sebastian 23. And he is as far from mediocre jokes as Vladimir Putin of the Nobel Peace Prize. So closer, than you think.

In his fifth solo program Hinfallen ist wie Anlehnen, nur später (Falling is like Leaning, just later) Sebastian 23 plays with the language skillfully, feels the zeitgeist on the tooth and drills on metaphors until it crackles.