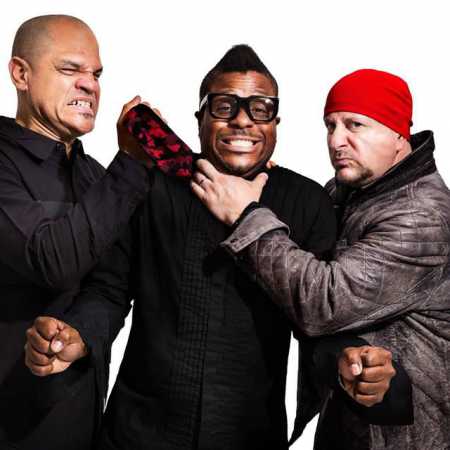 The Screaming Headless Torsos are a fusion/experimental rock band formed in 1989 by guitarist David “Fuze” Fiuczynski. He himself described the music style of his band in 2000 as “experimental funk-thing with vocals”. An important influence is Jimi Hendrix, but there are also many references to Miles Davis, Bootsy Collins and bands like Living Color, Bad Brains and Fishbone.

The band occasionally performs without a singer, then under the name (David Fiuczynski’s) Headless Torsos. Under this name their instrumental record Amandala was released in 2001.