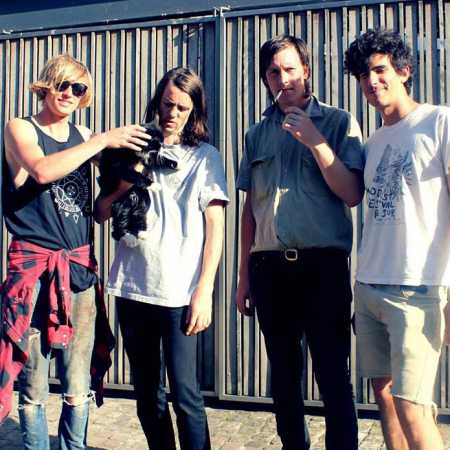 At the beginning of the wedding. Scott Robinson and Charlene Mitchell told her yes 1 July 1987. Second time it happened November 8, 1988 a ceremony when account is taken of 20 million viewers. Scott and Charlene is the character from the television series Neighbours, which premiered in Australia with success reprízoval in Great Britain. Brought to the forefront when Jason Donovan and Kylie Minogue, who represented the loving couple and go out together in reality.

The number of years later, this iconic moment of television entertainment 80s chosen as the name for their band sure Craig Dermody. A native of Melbourne, currently living in New York, he wanted a clear sign of its origin, while signaling a sense of self-deprecating humor. He moreover runs through all of SACW lyric starting and ending kolážovitými album covers. Alba has yet to band recorded two – each loaded with a bunch of other musicians, but both having the same dose of music disarming lightness and spontaneity.

The most striking debut line from Para Vista Social Club (2010) and subsequent recordings Any Port In A Storm (2013) Dermodův unkempt vocals. It gives immediate recall Pavement, musically, it is a much more complex tangle. The rawness of American indie bands in it mixed with impressionability jangle pop, grunge meets with the post-punk and the Velvet Underground jamming with Television.

Inspiration devadesátkovým indie rock is at Scott & Charlene’s Wedding obvious about the relevance of their music for the current generation of iPods word recognition attests to the address of the bands she said hopefully all major media including Pitchfork and cultural section of the Sunday Times. – Translated by Automatic service