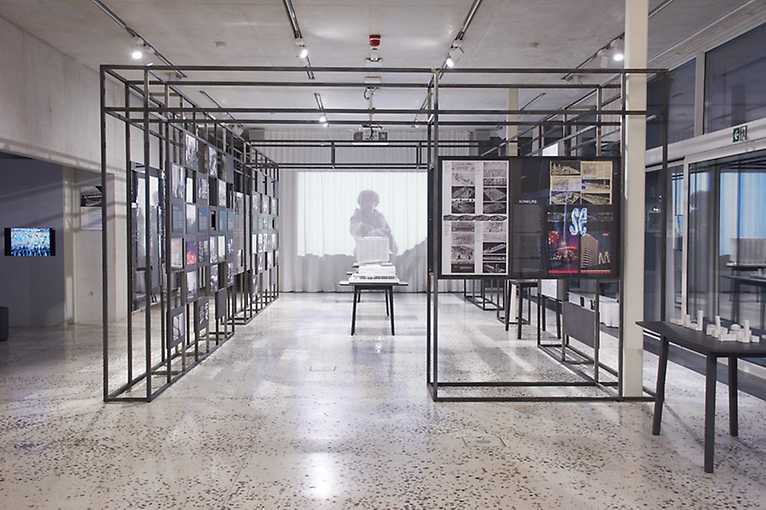 Supermodern, metropolitan and fashionable, tailored to fit the center of a European metropolis – such was the Eastern Wall in the first decades of its existence. The great urban plan and the outstanding architecture filling it were created as part of the cultural and urban life awakening after the thaw of 1956. The Śródmiejski Passage with its modern department stores, skyscrapers and pavilion-like modernist architecture was to be an expression of the new ambitions of the artistic community and the state authorities. The project was a symbol of a new direction in the development of Warsaw and Poland, a place for show, an enclave of the West in the Eastern Block. The Eastern Wall, together with the Domy Towarowe Centrum, Rotunda, Sezam, Zodiac, Universal and the Relax cinema, placed the center of Warsaw on a par with similar projects in Stockholm, Rotterdam or Paris. Going far beyond spatial qualities, it has taken an important place in pop culture, is present in everyday life of Warsaw inhabitants and – recognizable on the scale of the whole country – builds an important fragment of the capital’s identity.

Zbigniew Karpiński, the main designer of the project, who led the team and coordinated work on the Eastern Wall, is the second, besides his greatest work, hero of the exhibition. Special attention is given to his designs of downtown buildings and housing estates, his search for typologies, and the shaping of the interface between buildings and public space.

The Eastern Wall is shown from two perspectives – spatial and cultural. The architectural and urban quality of the project, the transformations from the competition to the realization are shown in the context of their social reception. The exhibition presents the life that filled the Eastern Wall – its everyday life, the meanings attributed to it, and its special position as an iconic place of entertainment, commerce, meetings, bars and stores, and a backdrop for great propaganda events. It looks at the transformations this unique and already historic space has undergone in recent decades. Moving beyond the historical study, it considers what the Eastern Wall means to contemporary Warsaw and what lessons people can learn from Karpiński and his team for the future.