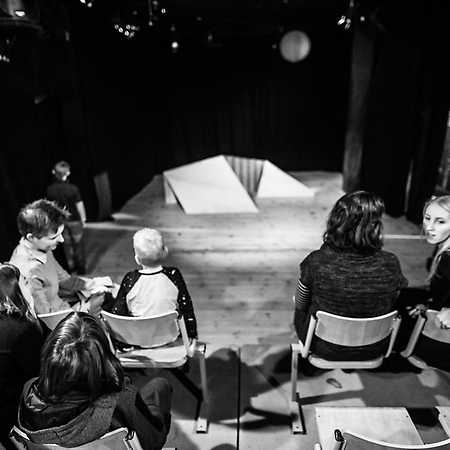 Scena Lubelska 30/32 Theatre has been operating since 2005 in Warsaw’s Kamionek, right next to the Eastern Railway Station, on the third floor of an artistic tenement house housing creative studios and several off-screen theatres. Scena Lubelska 30/32 is an informal institution associated with the Scena Lubelska 30/32 Foundation, which supports the activities of the Theatre. The founder of the Scene and the director of most of the performances is Dariusz Kunowski. The performances are diversified in terms of genre – puppet shows, musicals, farce, realistic drama and more. They are connected by the important space of music and dance, artistic imagination and frequent inspiration from tradition and classics. The current offer of performances is addressed to adults, youth and children from 2 years of age.