Robin Rimbaud, also known as Scanner, is a British artist who has been active in sound art since 1991. His artistic pseudonym refers to the police and telephone scanners he used early on in his work. His release history started with a series of albums released by London-based Touch Music; the imprint released his debut Mass Observation (1994) or Runaway Train (1994), a recording of a conversation between a driver losing control of a locomotive and a traffic controller. Rimbaud's credits include collaborations with an eclectic collection of artists, including Jim O'Rourke, Bryan Ferry, Wayne MacGregor, Stella McCartney and Laurie Anderson, and unusual productions ranging from music for a Cisco office phone system to a permanent installation at a hospital in Garches, France, serving as a soundtrack for the viewing of a recently deceased loved one. 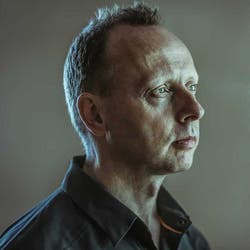 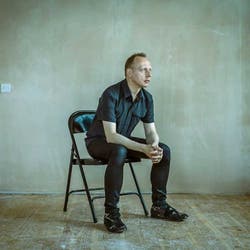 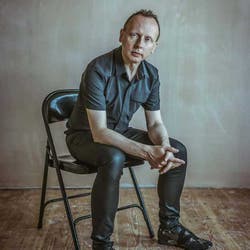