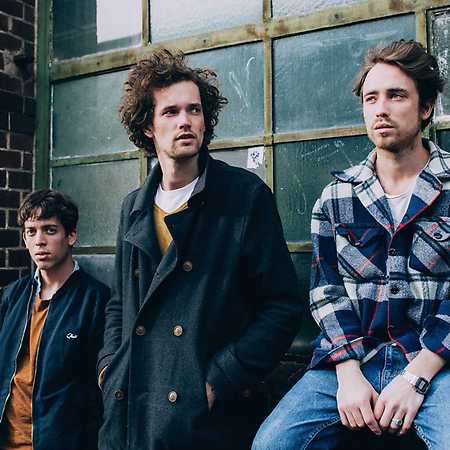 Say Yes Dog is a German-Luxembourg electro pop trio. The trio consists of the musicians Aaron Ahrends, Pascal Karier and Paul Rundel, who studied sound engineering and jazz at the conservatory in The Hague. Ahrends is the singer of the trio, Karier the drummer and Rundel the bassist. Ahrends and Rundel grew up in Berlin, Karier is from Luxembourg. The trio has released two albums: Plastic Love (2015) and Voyage (2019). In 2013, the EP A Friend was released. The album Plastic Love was recorded in a studio in Haarlem. The trio has played at several festivals and toured with band Capital Cities.