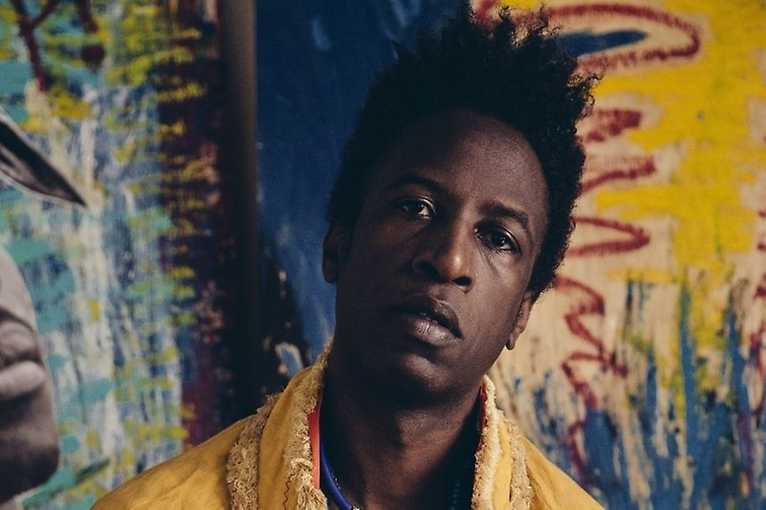 American performance poet and rapper and British lyrical firebrand share the stage for a unique evening at the intersection of music and poetry.

Saul Williams and Kae Tempest have become iconic figures on either side of the Atlantic for their groundbreaking work within the fields of music and performance poetry. The work of both combines rare lyrical talent with a social and political conscience and remarkable on-stage charisma. Strings of Autumn brings them together for the first time for a celebration of the power of the word: Williams will perform specially-written crossover collaborations with the Mivos String Quartet, and Tempest will give a spoken-word performance of selected works.

Saul Williams is something of a renaissance man: poet, rapper, actor, musician, and activist, he has long been an important figure in the world of alternative hip-hop, and has worked with artists such as Nas and De La Soul, as well as Nine Inch Nails' Trent Reznor. His work is dynamic and challenging, at once politically abrasive and metaphysical. It is testament to his musical open-mindedness that he entered into a collaboration with Mivos Quartet, considered one of America’s most daring and fiery new music ensembles, on the piece NGH WHT, written with composer Thomas Kessler. This intriguing interaction between hip-hop and the contemporary classical style will be the centrepiece of his performance at this concert.

Over a rapidly-evolving career, Kae Tempest has taken poetry to a mass audience both with their lyrical, narrative hip-hop, and their searing spoken-word performances. As a published poet they have won the coveted Ted Hughes Award, and as a musician have released acclaimed albums including Let Them Eat Chaos (2016) and The Book of Traps and Lessons (2019), the latter produced by Rick Rubin. They have also had a work commissioned by the Royal Shakespeare Company. Tempest’s work rails against social injustice while displaying a rare empathy and sensitivity. Their performances – whether on major festival stages or in theatres, are fiery and compelling.

The Mivos Quartet is one of America’s most noteworthy young ensembles, dedicated to performning music by contemporary composers and presenting new music to diverse audiences.