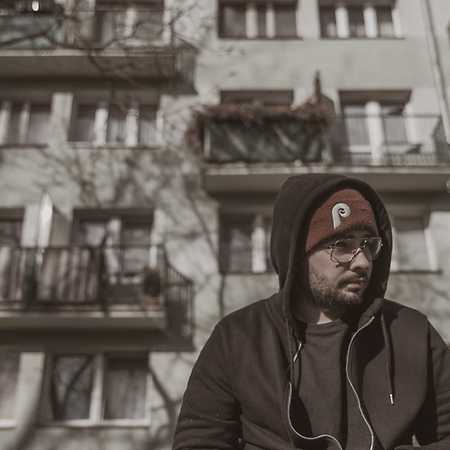 Saturn Jazz Band was created after a cosmic journey of three musicians: Paweł Stachowiak, Rafał Dutkiewicz and Miłosz Oleniecki. The Saturn Jazz Band thus consists of Skalpel’s rhythm, Mud’s fatness and P.Unity’s finesse. Paweł Stachowiak is a bassist, composer and producer working under the pseudonym “Wuja HZG”. He has perfected his adventure with the instrument working among the best bassists in Poland, including Wojtek Pilichowski, Adrianna Maruszczyk, Michał Grott, Piotr Żaczek and Bartozzi. He shared the stage with many leading artists in Poland and abroad: Marcus Miller, Michał Urbaniak, Paulina Przybysz, Natalia Przybysz, Bitamin, Hatti Vatti, Night Marks, Tenderlonious and many others. Rafał Dutkiewicz, the drummer of the group, is a graduate of the New York-based Drummers Collective. Winner of the DrumFest competition in Opole 2013. Nominated in the category “percussion hope” in the Polish Drum Awards in 2016. He has worked with such artists as Skalpel, Hatti Vatti, Sonar, P.Unity, Wojtek Mazolewski Quintet, Eldo, Michał Urbaniak, Piotr Damasiewicz and many others. He has given many concerts at various festivals in Poland and abroad. The last member of the band, Miłosz Oleniecki, is a pianist, composer, arranger and music producer. He graduated from the K. Szymanowski Music School in Warsaw, the Jazz Department of the F. Chopin State Music School in Warsaw and the Faculty of Electronics and Information Technology of the Warsaw University of Technology. He has cooperated with artists practicing various musical styles – from pop, jazz, country, through hip hop to electronic and experimental or improvised music – such as Michał Urbaniak, Wojtek Mazolewski Quintet, Natalia Nykiel, Ortega Cartel, Marika, Michał Sołtan, Anna Riveiro and others. He co-created the following projects: nominated for the Fryderyk 2019 award – P.Unity, Miłosz Oleniecki Trio, Improvised Stories; in 2018 he was invited to co-create the GroupWSkładzie together with Milo Kurtis and Jerzy Mazzoll.