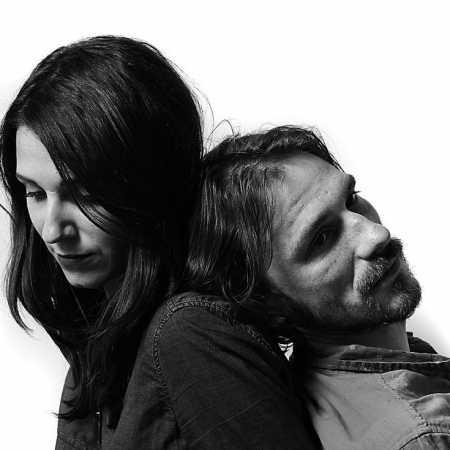 Saschienne is the duo of Julienne Dessagne and Sascha Funke, signing responsible for a uniquely genre-bending body of work that is as intricate as it is propelling – an expertly balanced blend of both the abstract and the concrete. Pooling the forces of different musical backgrounds, Funke and Dessagne formed Saschienne in 2012, debuting with their sublimely subtle full-length Unknown on Kompakt. Already, Funke himself was no stranger to the advanced techno club circuit, with much-acclaimed releases on Kompakt and BPitch Control under his belt, while singer and producer Dessagne subsequently developed her own electronic solo project between exquisite post-industrial leanings and hedonist dance culture, releasing EPs on Optimo Music and Hippie Dance as The Twins. In 2015, the pair followed up their debut album with the EP Golden Prints, delving deeper into the twisted realms of somber, yet strangely soothing electronic music. Also touring with an array of synthesizers and drum pads, their left-field techno/pop live show has been continuously described as a showstopper – those who know, know.