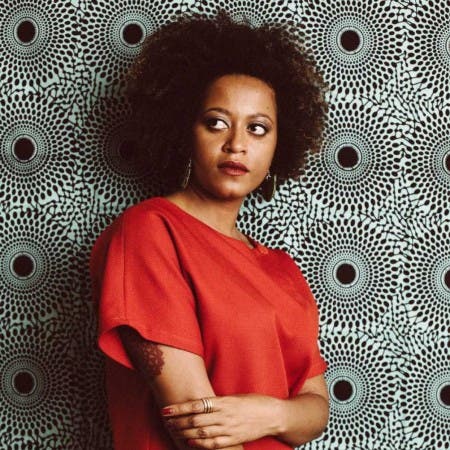 Sara Alexandra Lima Tavares is a Portuguese singer, composer, guitarist and percussionist. She was born and brought up in Lisbon, Portugal, where she still lives. Second-generation Portuguese of Cape Verdean descent, she composes African, Portuguese and North American influenced world music. She composes in Portuguese and Portuguese-based creole languages. Although Portuguese is the main language of her songs, it’s not rare to find in her repertoire multilingual songs mixing Portuguese with Portuguese creole and even English in the same song (e.g. One Love).