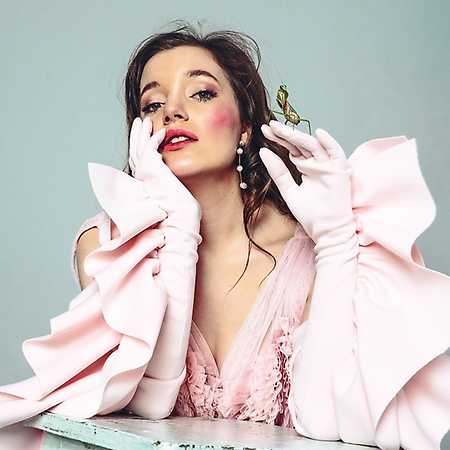 Sanah is a pop artist who was noticed at the age of 22 thanks to her YouTube channel, where she posted her own compositions. Her soft, warm vocal works well in well arranged ballads as well as modern, electronic-enriched dynamic compositions. She was noticed by Dawid Podsiadło (he sang a cover of her song Cząstki at one of his concerts), and she was invited to a duo by Matt Dusk. Released in June 2019 Siebie zapytasz, even without media support yet, has reached the top of the Spotify Viral TOP50 list, Vevo joined her in the VEVO DSCVR program for the most promising young artists and Tidal put her on the cover of the playlist Rising Polska. The song Szampan announcing her debut long-playing album became the most frequently played track on Polish radio in the first half of 2020, as well as the most popular Polish music video on Youtube. The second single, Melodia, also became a hit – in 5 months it got over 23 million plays.