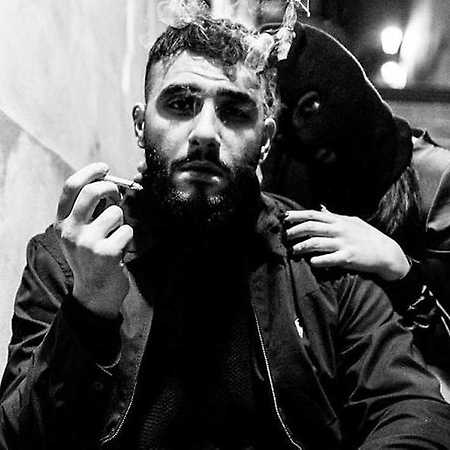 Samra, aka Hussein Akkouche, is a Berlin rapper of Lebanese origin, currently under contract with Universal Urban, whose publisher is regulated by Sony / ATV.
He first gained fame in 2016 through his guest contributions on the album Zurück zur Straße of Alpa Gun, back then still under the name Samra45. On the track Chaos he “dissed” 187 Straßenbande as well as Fler. Shortly thereafter, Farid Bang expressed interest in signing Samra on his Banger Musik label. In 2016, a track followed with the creator and rapper Mert.
In 2017 he signed a contract with the Berlin label Ersguterjunge. He collaborated with numerous German rap artists such as Bushido (Für euch all_, 2018) or Capital Bra (_Wir_ticken_ 2019).