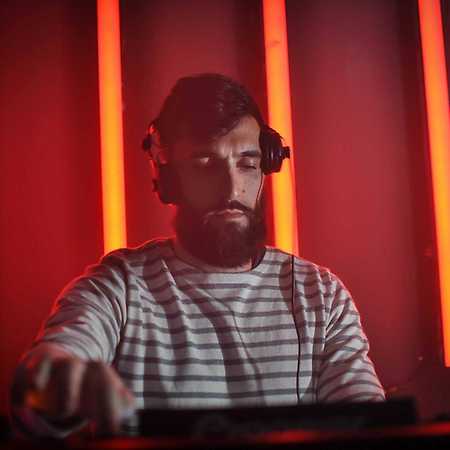 Sameed is a record producer from Manchester who is currently residing in Berlin.

He hosts an NTS Radio show, runs ELE Records with releases from Byron The Aquarius and Cottam, and produces for labels like Local Talk, Skylax, Banoffee Pies and more. Manchester lad born of Iranian heritage, and now residing in Berlin after a long stint in Viet Nam. Sameed brings a unique sound to his DJ sets. His NTS Radio show is an archeology of Hip Hop whereby he takes an artist and digs into their sample history. His club sets merge his love for jazz, funk, soul, US house and techno, and the sounds of the UK – garage, two step, broken beat.

His EP with Chicago’s Jamie 326, one of his favorite DJs and producers, is perhaps the standout moment of his early career. Whilst his most recent output with DJ Sprinkles has brought comparisons to David Mancuso. Forthcoming projects include a Neo-Soul record with Mahogany Music’s Nikki O and Detroit native Javonntte. Productions have been supported by Move D, Jamie 326, Antal, Roy Davis Jr, Laurent Garnier, DJ Sprinkles, DJ Spinna, Bradley Zero and more. Whilst keeping up with an ever expansive production schedule he also runs ELE Records with releases from Byron the Aquarius, Cottam, Contours and forthcoming releases from Detroit’s Nikki O and Javonntte. ELE Records is supported by the likes of Moodymann, Detroit Swindle, Danny Krivit, Byron the Aquarius and more.