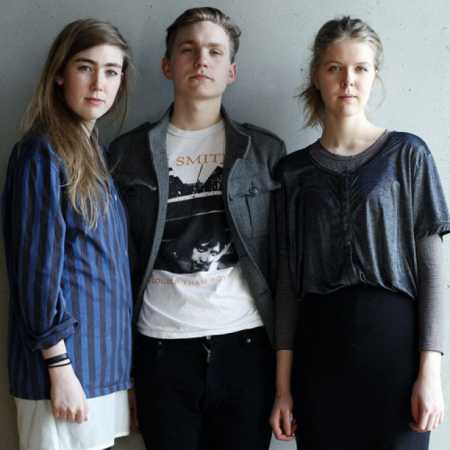 Home Iceland collect music awards and their reputation for innovation electronic downtempo slowly spreading to the rest of the world. Aslaug run Magnúsdóttir (clarinet), Þórður Kári Steinþórsson (electronics) and Jófríður Ákadóttir (vocals) got together in January 2011 and the onset of the peak of the Icelandic indie scene was really rocket – the same year he managed to become the winner of the talent competition and their debut Músíktilraunir EP Hljóma Thu fit between six award winning boards in journalistic inquiry Kraumur declaring Icelandic best recordings of the year.

After further EPs Stofnar falla issued his own expense to Samaris signed to mark the London One Little Indian, to which in the past were beginning the Icelandic stars as Sugarcubes, Björk or Sigur Rós. Self-titled debut album brought together tracks from both EPček with new remixes and Samaris introduced to the rest of the world. “Amazing night ghost songs” described the album British music website Drowned in Sound. May 5, 2014 Samaris then released their second album Silkidrangar, which again connects electronic visionary with flair drawing on the distinctive cultural traditions of the island of northwest Europe. The mystique of their music, moreover, contributes to the fact that the lyrics are borrowed from Icelandic poems of the 19th century. – Translated by Automatic service