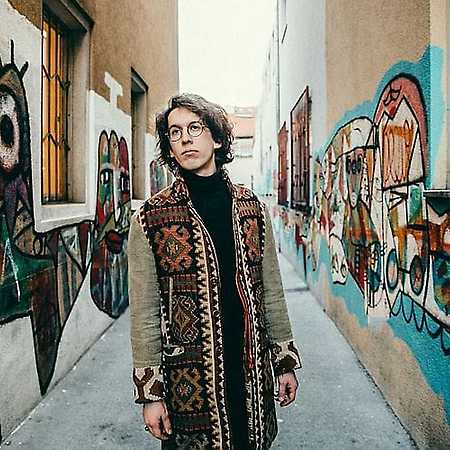 Saint Chameleon is a six-piece band from Graz around the singer-songwriter Luka Sulzer. With their first single, Sail, has been on the No.1 Soundportal Chart for three weeks and have impressed listeners and editors alike. A reliable burr knife for quality. Since someone meets the sound of time. The ecstatic alternative pop, skilfully playing with influences from swing, Latin, Balkan and blues, becomes in the hands of Saint Chameleon more than just the sum of its parts. In 2018 the musicians release their debut album Mockingbird. Already the first video releases The Wrong Man and Mockingbird reveal the strengths of the band. With finely timed horns, danceable grooves and memorable choruses, earwigs emerge, which are firmly anchored in the ear canal. The uniqueness of the voice and beauty of the compositions has already brought Saint Chameleon to the big stages of numerous Austrian and international festivals, such as the Bluebird Festival Vienna and the Tollwood Festival in Munich. Again and again fans and organizers are thrilled.

Me To My Wall