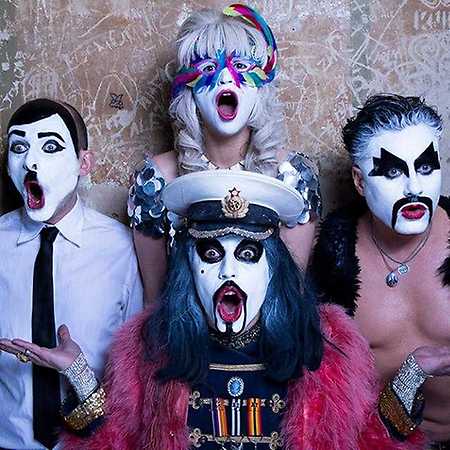 The resident band of Wilde Renate – one of Berlin’s most notorious nightclubs – SADO OPERA is a queer performance group known for their extravagant and eccentric stage shows.

Originally coming from St. Petersburg, Russia, the band has now become one of Berlin’s craziest and most expressive music imports.

The legendary US talk show host Conan O’Brien selected SADO OPERA as a musical symbol of Berlin and joined them onstage for his TV special about the German capital.

The core duo of the group holds a DJ residency at Berlin’s debaucherous Wilde Renate club and plays shows throughout Europe, spreading their propaganda of unrestrained, gender-ambivalent love.

Their songs offer a mix of disco, boogie and electro-funk.