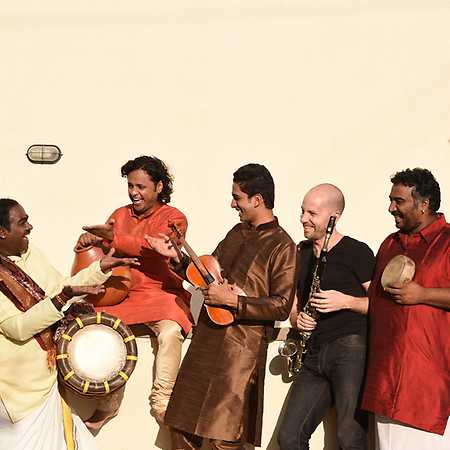 Ghatam Giridhar Udupa, Bharghava Halambi and K Raja are the most respected musicians of the younger generation in India. They reside in Bangaloreand perform all over the world at the most prestigious of venues such as ‘Carnegie Hall’ or ‘The Sydney Opera House’. Wacław Zimpel is a classical trained clarinet virtuoso and a strong presence on the improvised music scene. His projects often invoke the traditions and the rituals of many different cultures. This project is a meeting of two worlds. The first one is the oldest musical form of India, Carnatic music. It relies on a very subtle rhythm/melody system. The second is the european tradition. The clarinet parts rely on Indian rhythms. Accompanied by the percussion instruments, they oscillate between Western melodics and the raga system – the Indian scales that form the basis of the compositions. The repertoire includes both traditional carnatic music and original compositions.