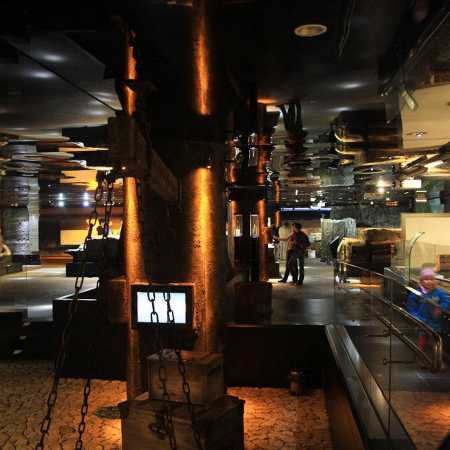 Opened on 24th September 2010 was the “Following the traces of European identity of Kraków” tourist route. The establishment of this interactive exhibition was made possible thanks to the archaeological study that was conducted continuously from 2005 to 2010, on the eastern side of the Main Market Square. Discovered at the time were an abundance of traces of the many centuries of history of the site. To accommodate them, an archaeological reserve unique in Europe, covering nearly 4000 sq.m (43,000 sq.ft), was fashioned under the surface of the Main Market Square to provide a display for the treasures that had been found and narrate the turbulent history of Medieval Kraków.