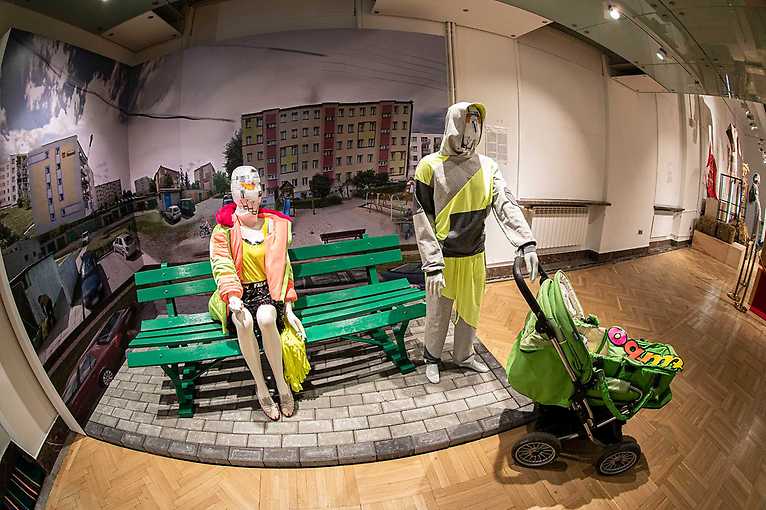 The exhibition Równorodność: The Collection of Tomasz Armada is the result of the work of the Cultic Things project. By cult we understand the cultural power of influence and emanation of various phenomena externalized in mass phenomena or manifested in opinion-forming bubbles. We, Poles, are also a phenomenon for ourselves. Polish peculiarity has become for us in the context of the exhibition Równorodność an object of reflection within the framework of the return to the well-known 19th century ethnographic idea of documenting folk types.

At the exhibition it will be possible to get acquainted with 13 “types” - figures, as in old ethnography textbooks, which should be looked at not as “living” persons, but more as peculiar “avatars” and simulations. The figures, brought to life by the creators of the exhibition, had been previously produced by the media discourses – assembled from images produced by tabloids, intellectual weekly magazines, liberal dailies and populist tabloids. The “typology” created for the exhibition partly refers to the tradition of Polish literature, where various human types were humorously presented. The main similarity of the exhibition with this tradition is a clear typification, or even caricature. One of the inspirations is also the iconography of the Polish Dances series by Zofia Stryjeńska, an artist who revived the so-called Zakopane and folk style and their avant-garde-popular stylisation in interwar Poland.

The main theme of the exhibition is the multiple conflicts coexisting in Polish society – for example, Millenials versus Boomers, Inteligence versus 500+ Beneficiaries, etc. The exhibition attempts to both describe these new disputes and place them in a social and media context. It is also inspired by the tension between high and low, urban and folk culture – their transformations and recurrence of certain motifs. As many pairs of eyes, as many perspectives. The exhibition Diversity: The Tomasz Armada Collection is a perfect excuse to take a look at oneself.

Upon the Vistula River, in Urzecze Warszawa, National Ethnographic Museum in Warsaw sun 22/8