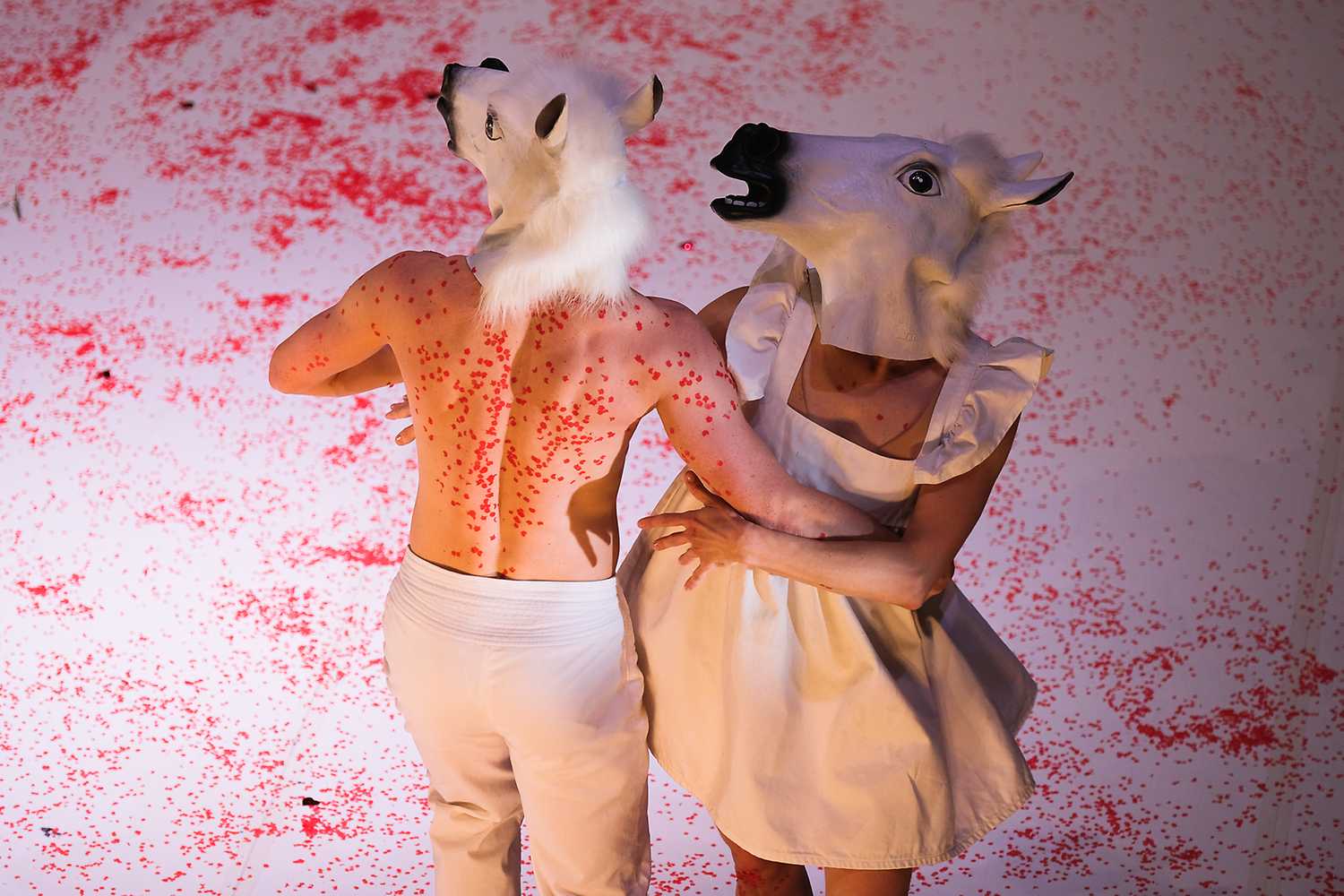 The Polish Dance Theatre and the bodytalk collective from Münster have already achieved successes on the stages of Berlin, Leipzig and Mannheim, the Cologne Dance Theatre Prize for their performance Jewrope and the title “performance of the year” awarded to the Polish-German co-production Solidaritot by the magazine tanz- Zeitschrift für Ballett, Tanz und Performance.

In 2021 they meet again, during the realization of the premiere Romeos & Julias unplagued //Traumstadt. They want to see what happens when dance, understood as creative movement and the most corporeal of arts, collides with reality. And to create a space for reflection about the effects of the pandemic by rediscovering the love story of Romeo and Juliet as told in William Shakespeare’s immortal drama. The coronavirus plague forces a confrontation with death. It imposes a physical distance, referred to as “social distance.” The trauma of isolation stimulates reflections on the transience of human life, necessitating a redefinition of such concepts as contact and closeness. The question arises, how were pandemics dealt with in the past? The Renaissance was an era in which physicality and the individuality of the human body were revived: love, sex, the body, death, freedom, Eros and Tanatos… how did Shakespeare confront the experience of death caused by past plagues? The famous balcony scene brings to mind conversations held from a distance during a lockdown. The Capulettes' masked ball gains a new dimension through the experience of 2020. Similarly, the conflict of generations: young Juliet, Romeo, Tybalt, Mercutio, who fall victim to the war waged by their parents. In the case of the pandemic, after all, we had a situation where the young posed a threat to the elderly, less resistant to the coronavirus. Playwright Rolf Baumgart and choreographer Yoshiko Waki want to draw on these inspirations to create an image of the City. Will the title Traumstadt turn out to be a “city of dreams” or a “city of traumas”?