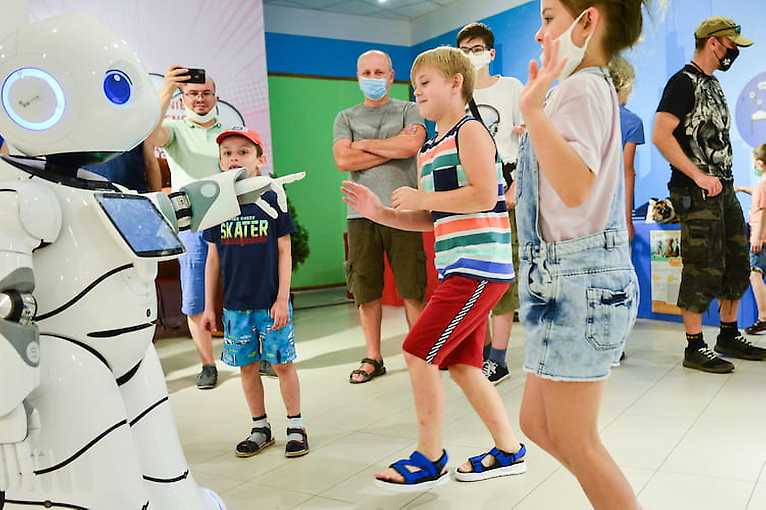 RoboPark is an international interactive exhibition of robots for children and adults alike, which has travelled almost all over Poland. Now it is coming to Kraków again. 75 of the most popular robots from all over the world, 20 new robots that the citizens of Krakow have never seen before. You will be able to see a humanoid robot with over 600 variants of micro-mimicry, play with a legendary robot-dog with artificial intelligence, talk to a UU robot that comes from another planet. The organisers of the exhibition brought to Poland not only another entertaining show, but also an educational project which will allow children and young people to learn new, previously unavailable skills. Especially for this purpose, the creators of this innovative event have opened programming workshops – during just one class, tutors will teach children how to write various programs, thanks to which they will program selected robots to speak, move their limbs and even walk. Anyone between the ages of 7 and 16 can try their hand at this.