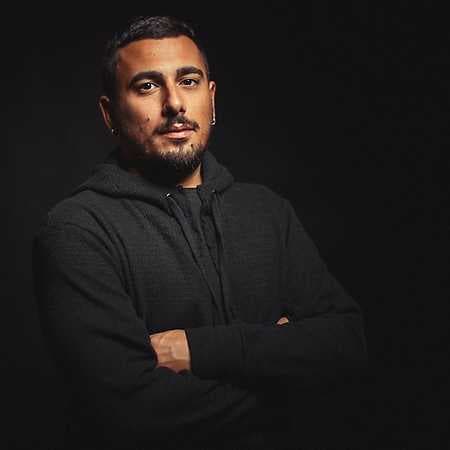 Robert Capuano’s story as a recording artist began in 2009, with an EP on Markantonio’s label MKT. Having appeared on one of Adam Beyer’s label Drumcode’s compilations, Capuano released his first full EP on the widely influential imprint in 2013. The Inner City-referencing track Vertigo was a hit with many of the world’s biggest DJs and a fixture in the year’s Beatport charts. In 2014 he formed as a live duo with his buddy Luigi Madonna called Black Division. More recently he has worked together with (and remixed) Jay Lumen for Footwork Audio and with Pleasurekraft on Kraftek, with each release showing an impressive range of his style.
Regular back-to-back sets with Luigi Madonna or Markantonio have helped make him the DJ he is today, as well as playing high profile events like Monegros, Sonar OFF Week and the Drumcode showcases.