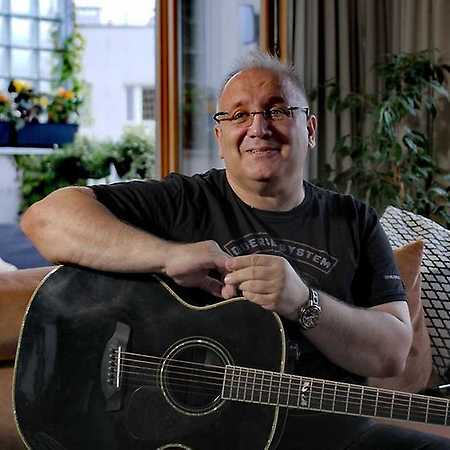 Robert Kasprzycki – singer-songwriter, vocalist, guitarist, lyricist, showman, crypto-stand-uper, poet with a rockman’s heart and one of the most famous representatives of Polish songwriting. Robert Kasprzycki made his debut at the 28th Student Song Festival in Cracow, where he won first prize and the Wojtek Bellon scholarship. The song Niebo do rent allowed him to reach a wide audience. His first album under the same title is still a canon of Polish poetic song. For a quarter of a century of his artistic activity Robert Kasprzycki has recorded four albums, and singles with his albums have been on the Hits List of Three for months.