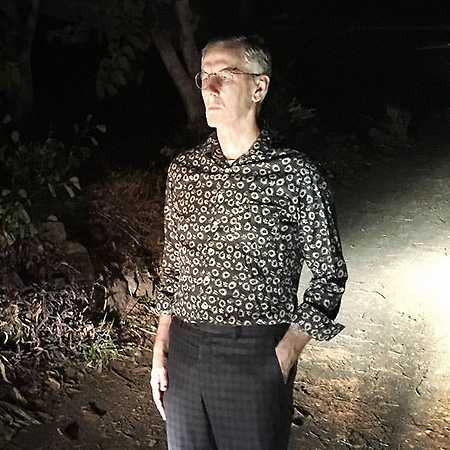 Robert Forster  Let Me Imagine You

Robert Derwent Garth Forster is an Australian singer-songwriter, guitarist and music critic. In December 1977 he co-founded an indie rock group, The Go-Betweens, with fellow musician, Grant McLennan. In 1980 Lindy Morrison joined the group on drums and backing vocals and by 1981 Forster and Morrison were also lovers. In 1988, Streets of Your Town, co-written by McLennan and Forster, became the band’s biggest chart hit in both Australia and the United Kingdom. The follow-up single, Was There Anything I Could Do?, was a No. 16 hit on the Billboard Modern Rock Tracks chart in the United States. In December 1989, after recording six albums, The Go-Betweens disbanded. Forster and Morrison had separated as a couple earlier and Forster began his solo music career from 1990.

Forster’s solo studio albums are Danger in the Past (1990), Calling from a Country Phone (1993), I Had a New York Girlfriend (1995), Warm Nights (1996), The Evangelist (2008) and Songs To Play (2015). Allmusic’s Stewart Mason described him, as having “a knack for crafty pop songs along with the brooding ballads he contributed to the Go-Betweens' albums, and his solo career has shown a healthy mix of the two styles”.