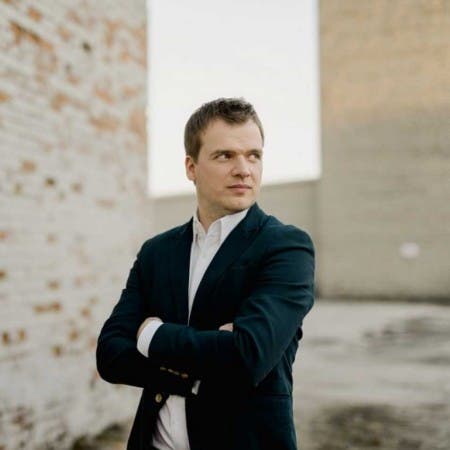 Prizewinner of the Malko Conducting Competition 2015 and Jorma Panula Conducting Competition 2012, Risto Joost has gained widespread recognition for his work both in the opera pit and on concert stage. His repertoire ranges from Baroque to the most challenging works of contemporary composers. Since 2009 Joost is the Conductor in residence of the Estonian National Opera, Chief Conductor of the Tallinn Chamber Orchestra from 2013, Artistic Director of the MDR Leipzig Radio Choir from 2015/16 and from spring 2016 Artistic Director of Tallinn Philharmonic Society and Birgitta Festival.