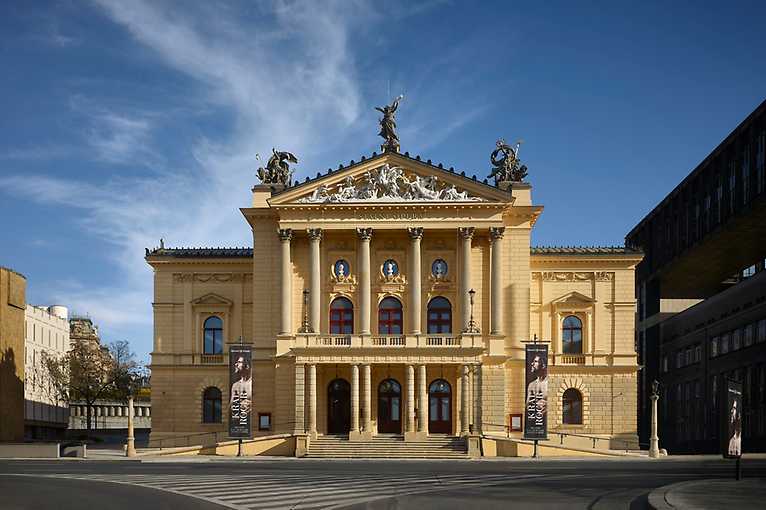 Revenge, love, self-sacrifice and murder are what the tragic story of Rigoletto revolves around.

The title hero, the hunch-backed court jester with derision on his lips and anxiety in his heart, is well aware that it is wrong to serve the licentious Duke of Mantua, and he tortures himself over the curse placed on him and his master. The opera’s premiere, on 11 March 1851 in Venice, was a great triumph, particularly the Duke’s cynical aria “La donne e mobile” (Woman is fickle), which was sung in the streets the next morning. Giuseppe Verdi saw that he had composed a true blockbuster …

When in 1850 he was commissioned to write a new opera for La Fenice, he decided to base it on Victor Hugo’s controversial play Le Roi s’amuse (The King Has Fun), although he knew he would imperil himself due the sensitivity of the subject. Deeming Hugo’s depiction of the escapades of King François I of France utterly unacceptable and insulting, the Paris censors banned the play immediately after its premiere, in 1832 at the Théâtre Français.

Almost two decades later, Verdi’s intention to create an opera according to Hugo’s work met in Italy with an equally hostile response, with the Venetian censors referring to it as “immoral” and an “affront to royal majesty”. The parties ultimately arrived at a compromise: the setting would be changed, the French King would become the Duke of Mantua, yet the most essential aspects – the characters’ natures and the dramatic situations – would remain.

Rigoletto was first staged at the New German Theatre (today’s State Opera) soon after its opening, on 21 May 1888. Over the future seasons, its productions were adorned by attractive foreign guests, with the most notable including the legendary tenor Enrico Caruso.