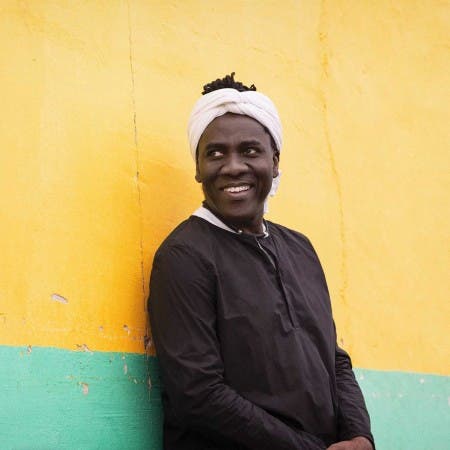 Richard Bona is a jazz bassist and musician. Because his father was a singer and percussionist, and his mother was a singer, Richard Bona was close to music since childhood. When he was four years old, he began learning to play the balafon, and was featured in five of the local church. Because his family was poor, he made most of the musical instruments himself, including flutes and guitars (which had strings stretched over an old motorcycle tank). Soon, his talent was soon noticed, and Bona was invited to various festivals and celebrations. He started playing the guitar at 11 and founded his first jazz group in 1980 and. The owner of a French Douala jazz club befriended him and helped him discover more jazz musicians (especially the phenomenal bassist Jaca Pastoria). When he was 22 years old, he emigrated to Germany, but later (mainly due to musical studies) moved to France. There, he performed with many different musicians in jazz clubs (they were among them Jacques Higelin, Didier Lockwood, Manu Dibango and Salif Keita).