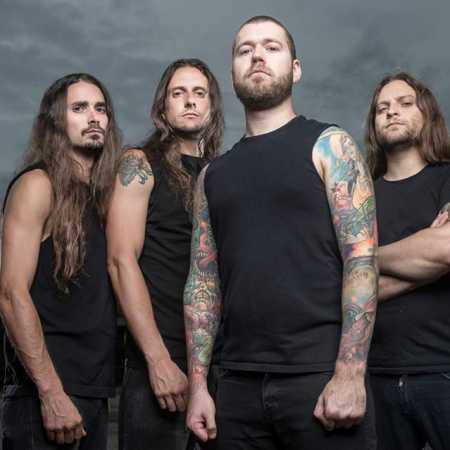 3:59 0 ×
Revocation  Arbiters Of The Apocalypse

Revocation is an American extreme metal band from Boston, Massachusetts, founded by guitarist and vocalist David Davidson, bassist and vocalist Anthony Buda and drummer Phil Dubois-Coyne in 2000. Until 2006 the band was called Cryptic Warning and recorded first demos and the album Sanity’s Aberration (2005). They were not happy with the quality of the album and decided to change their name to start fresh with a clean slate and revoke their past mistakes. With a direction change, Revocation promptly recorded a three-song demo titled Summon the Spawn, and in 2008 they went back into the studio to record their first full-length album Empire of the Obscene. The full length was self-released, and the band financed its own tour, attracting the interest of several record labels. Revocation subsequently signed to Relapse Records. They released three more albums and in 2014 they signed to Metal Blade Records. Since then they have released more albums and toured the country.
Their sounds is described as a fusion of technical death metal and thrash metal.