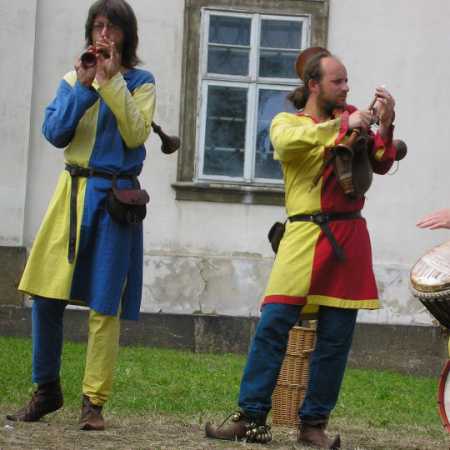 Music group Řemdih was founded in 1989 and played their own rock formation until 1994, when members began to pursue other musical activities. In 1997, the band renewed activity and attempts first steps in the field of early music, from the Renaissance and Baroque periods. In 1998, interest turns to medieval music, Řemdih buys his first reed-pipe and started to perform before an audience. Since then the group has gone through hundreds of concerts and performances in many European countries and two recordings. – Translated by Automatic service