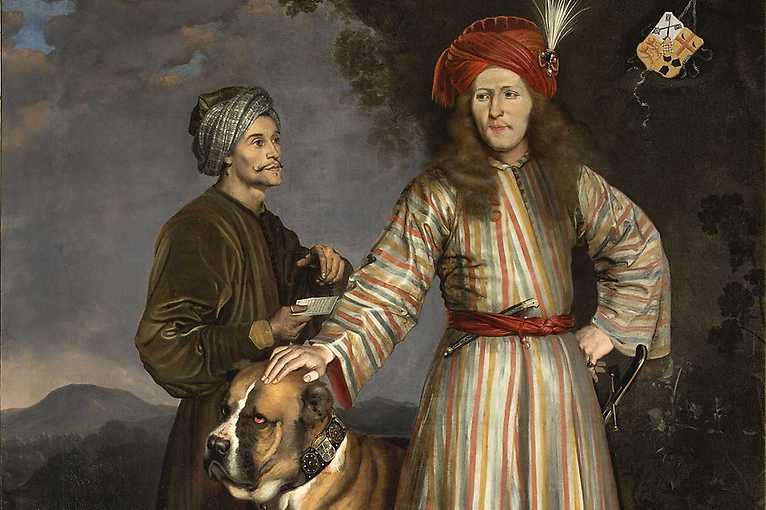 With 110 works including masterpieces by Rembrandt, Ferdinand Bol, Jan van der Heyden, Willem Kalf, Pieter Lastman, and Jan Lievens, the exhibition Rembrandt’s Orient (March 13 – June 27, 2021) examines how the painters of the Dutch Golden Age reacted to the regions of the Middle and Far East—known collectively as the “Orient” in the language of that era.

Rembrandt and his Dutch contemporaries were fascinated by the distant lands from which a great number of novel goods were imported beginning in the seventeenth century. The enthusiasm for things foreign became fashionable and resulted in a new type of art that combined painted realism with idealized images and fantastical projections. Paintings illustrating biblical stories were also enriched with exotic elements. From today’s perspective, the drawbacks of this way of appropriating the world are apparent: the imbalance of power between cultures that was manifest in slavery, violence, exploitation ,and trade wars was not represented.

This exhibition focuses on how foreign lands were depicted in Rembrandt’s age, at a time when the Levant, the eastern Mediterranean region, and Asia were known collectively as “the Orient.” The Eurocentrism that resulted from the movement of Orientalism in the nineteenth and twentieth centuries has contaminated this term today; the possessive form used in the exhibition title, Rembrandt’s Orient, indicates that the show is concerned with the ideas then associated with the term.