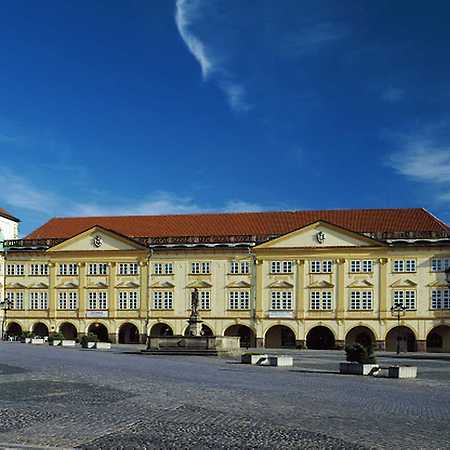 Regional Museum and Gallery in Jičín – Museum of Play

The Regional Museum and Gallery is located in the premises of the chateau in Jičín. The Museum administers more than 120 000 items in its historical and natural science collections. The permanent exhibition in the Museum in Jicin is situated in eight halls, dedicated to the history and nature of the Jicinsko region, with many interactive features. Visitors are free to choose the way they will see the exhibition, for instance, using a sheet of paper to roll up the “Duke’s magical stick”, which also works as a tool to unlock the secret room to be found in the historical palace in which the museum is located. The exhibition also includes the Oratory, which offers a view of the interior of the Church of St. James, founded by Duke Albrecht of Wallenstein. Other rooms include the picture gallery of Baroque masters, with the excellent Annunciation of the Virgin Mary by Karel Skreta, and the Conference Room, where diplomatic dealings took place in 1813, as a result of which Napoleon´s power was definitely weakened. The museum games room offers an opportunity to build one´s own main square in Jicin from wooden house models and is a pleasant place to play or rest. There are short-term exhibitions in the museum´s hallway that usually focus on regional history or nature. We should also mention the so-called museum theatre, where visitors with the help of puppets are free to play their own piece, whether from their own script or just what they imagine.

The Gallery, which is situated in the south wing of the chateau, concentrates works not only by regional visual artists. The paintings of the 2nd half of the 19th century and the beginning of the 20th century make up the core of the collection. The Museum of Play represents a unique interactive exposition, offering services of the family guide, and also an interactive tour for visitors to learn about Waldstein-related history through a game, and, since 2006, also a permanent exposition titled The History and Nature of the Jičín Region, with interactive elements and worksheets for schools and visitors. There is also a museum puppet theatre here, where visitors may put on a theatre performance.

The Town Museum in Nová Paka