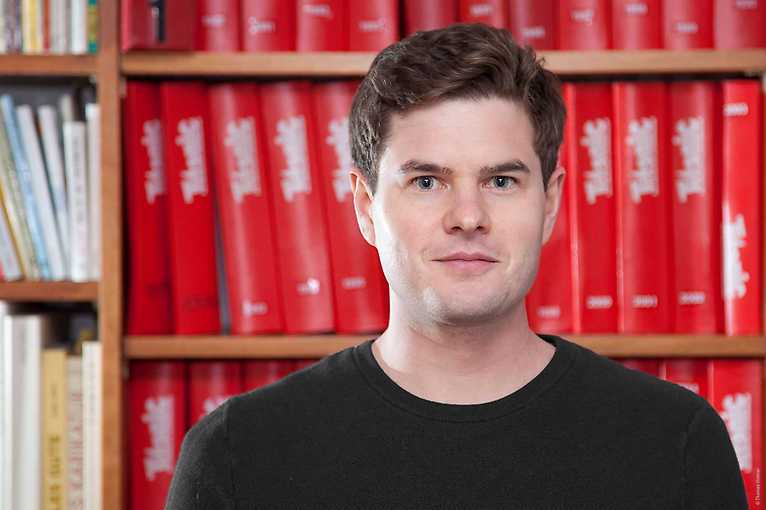 It’s an old tradition inscribed on stone tablets: each new Titanic editor-in-chief must make an inaugural visit to the Reformbühne Heim & Welt (roughly: Stage of Reform – Home and World). Thus Moritz Hürtgen, who took the reins of the definitive satire magazine from his predecessor Tim Wolff in 2019, has to curry the favour of the Reformbühnler before the humour tribunal in the Roter Salon. With his nifty actions like #miomiogate or Focus fake news on the eco-terrorists that manipulate exhaust measurements with air pumps, he’s certainly already curried their sympathies. Now we’ll see how he does with reading texts!

Danny Dziuk, in contrast, is an old hand in the German songwriting world. He’s the music director of Axel Prahl’s Inselorchester, has written songs for a range of artists from Stoppok to Wiglaf Droste and Annett Louisan, and above all else, he’s a wonderful singer and musician whose texts have claimed places in the Reformbühne’s all-time charts.

Since January 1995, the Reformbühne Heim & Welt has taken place – under its perpetual motto the best is something new – every Sunday, but really every damn Sunday, in order to share with the audience stories and songs, agitation and propaganda, jokes and whims, as well as the best and rest.

This is where Ahne carries out his weekly dialogues with God, where psychiatrist Jakob Hein gets to know real insanity and gathers material for his new novels and screenplays. This is where Falko Hennig’s career as writing and blues singing rickshaw driver and novelist began, where Jürgen Witte keeps trying to communicate the essentials of the global economy to his ignorant colleagues, where reptile researcher Heiko Werning has the opportunity to observe truly strange creatures, and where writer Roman Israel proves that Saxons can actually melt the hearts of the Berlin masses.