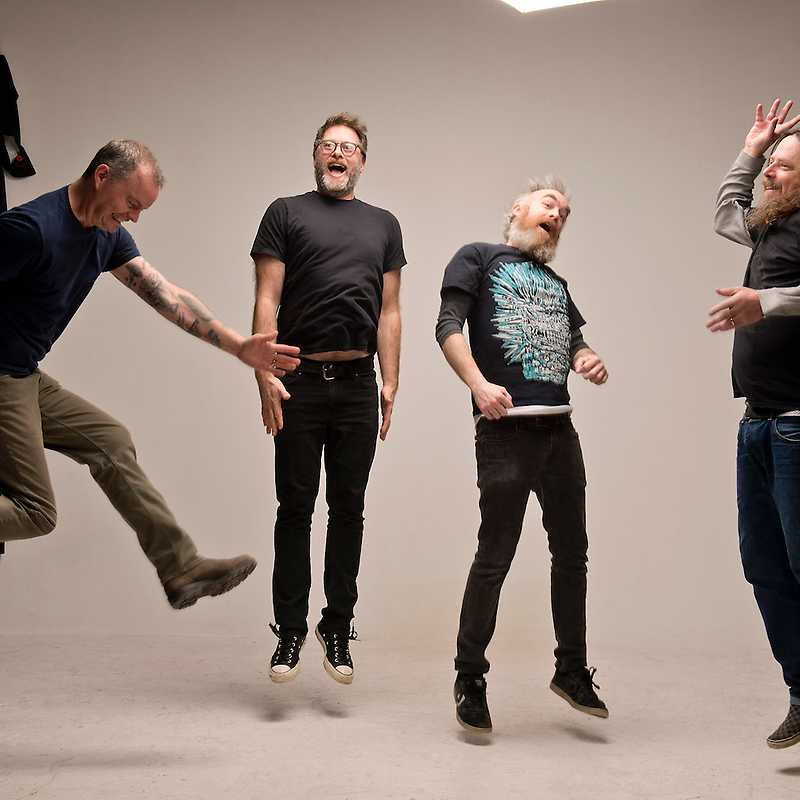 Red Fang capture the loud and fast, anything-goes spirit of classic rock with their heavy stoner-influenced jams. Emerging in 2005, the quartet make guitars the focus of their gimmick-free brand of driving rock & roll, eschewing any prog leanings and putting the emphasis on the riffs. The sound is tied together by a sense of punk urgency that spurs the stoner jams into action and gets the songs moving at a raucous gallop. Red Fang found mainstream success in 2013 with their Billboard-charting third LP, Whales & Leeches, and continued to hone their unrelenting, no-frills sound on subsequent efforts like Only Ghosts (2016) and Arrows (2021).

Based out of Portland, Oregon, and featuring the talents of Bryan Giles, Aaron Beam, David Sullivan, and John Sherman, Red Fang made their debut in 2009 with a self-titled album released by Sargent House. For their follow-up, they struck up an unlikely partnership, heading into the studio with producer and multi-instrumentalist for the Decemberists Chris Funk. The move paid off for the band, who released their second album, Murder the Mountains, on Relapse in 2011. Red Fang revisited the partnership again for their third album, Whales & Leeches, which arrived in the fall of 2013 and made a respectable dent on the Billboard 200. The following year saw the group perform on the Late Show with David Letterman – musical director Paul Schafer even sat in with the band – and in 2016, they released their acclaimed fourth studio LP, Only Ghosts, again via Relapse. Five years later, they returned with Arrows, another bottom-heavy and hook-laden set of uncompromising stoner metal gems.