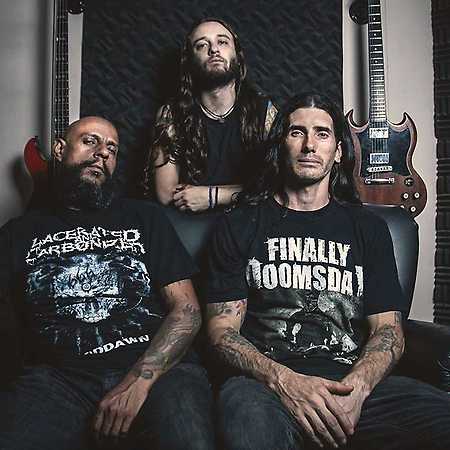 Rebaelliun was formed in 1998 in Porto Alegre, extreme South of Brazil. With members who came from other death metal bands active in the Brazilian underground scene in the early 90’s, Rebaelliun left his mark since the very beginning: in 6 months they recorded their Promo-Tape 98 and travelled to Europe to promote their music. During 3 months they played around 20 gigs and returned to Brazil with a deal with Dutch label Hammerheart Records. In next 4 years they managed to release 2 EPs, 2 albums, played 4 European tours, one Brazilian tour and earned the respect of a big part of the extreme music scene in several countries. Rebaelliun shared the stage with icons such as Cannibal Corpse, Deicide, Vader and Behemoth in tours that crossed 15 European countries and established themselves as one of the most extreme and fast bands of their own time. Unfortunately they disbanded in 2002 for personal reasons, however in 2015 the last line up decided to reunite, taking the worldwide underground scene by surprise. Again working with Hammerheart Records, they released their full catalogue and a new album called The Hell’s Decrees.