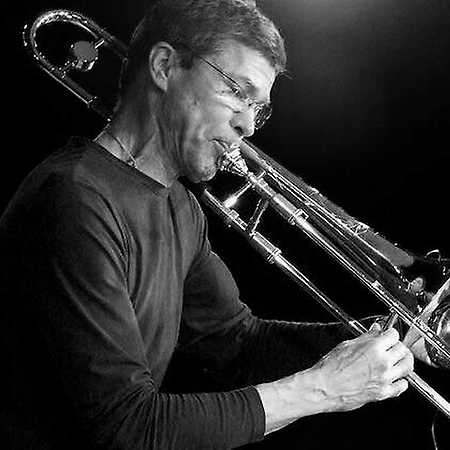 Ray Anderson has an unmistakable style and is known for his witty compositions. He was voted the best trombone player of the present by the critics of the down-beat magazine five years in a row. Despite a polyphonic game (Multiphonics), Ray Anderson maintains a cheeky style of playing. In doing so, he deliberately sets a counterpoint to the polished playing style of other trombonists such as Jay Jay Johnson, Albert Mangelsdorff or Bill Watrous. He draws from all sources of jazz tradition, classical music and ethnic music and knows how to combine extraordinary techniques to new sounds.