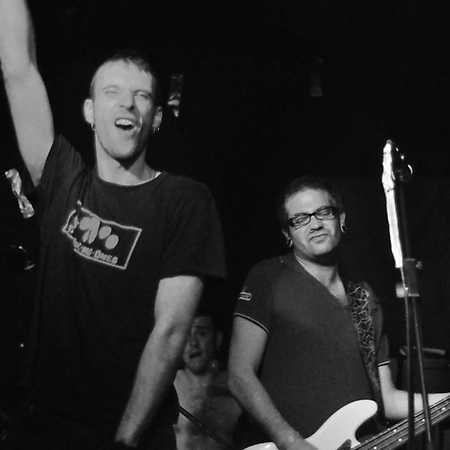 Rasta Knast is a German punk band founded in early 1997 in Celle. The debut album titled Legal Kriminal was recorded in January 1998 as well as in the EP for two, with Martin K. on guitar, bass, drums and as a singer, and Andreas Höhn as a guitarist and singer. Konrad Kittner already sang some choirs on the album. Also on the EP were some cover versions of older Scandinavian punk songs represented. The lyrics of these songs were translated into German. In addition to appearances in Germany, the band also completed tours in Sweden, Norway, Brazil, Japan, England, Ireland, Russia and Spain. In the meantime the band had their own label Varning! För Punk Records founded and operated.

Spirits of the Air