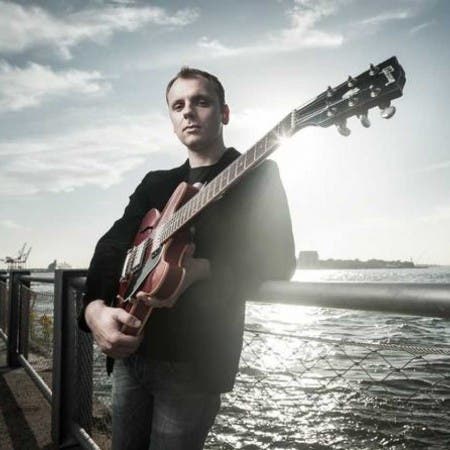 Rafal Sarnecki is a jazz guitarist, composer and arranger. Since 2005, he lives and performs in New York. As the leader of his own music projects, he has performed in many countries in Europe, Asia and on the east and west coast of the USA. He appeared on the stage alongside such stars of the Polish and world jazz scene as: Gary Thomas, Ben Wendel, Alex Sipiagin, Joel Frahm, Janusz Muniak, Wojciech Karolak, and Adam Pieronczyk. Twice nominated for the Fryderyk Award. In the quintet together with Maciej Kądziel, Piotr Wrombel and Wojciech Pulcyn.